The Story About Us

Our loans are funded quickly and we pride ourselves on offering the most competitive interest rates and closing costs available. We arrange both residential and commercial loans within the state of Florida. Primarily we offer loans for purchase, refinance, fast-cash, construction and investment rehab “flips.”

Among the property types we lend on are; single-family homes, condominiums, condo–hotel, mixed-use, multi-family, retail, office and condo-offices.

Bankers Alternative Funding specializes in arranging Private Loans. Our loans are based primarily on equity and not a borrower’s credit. 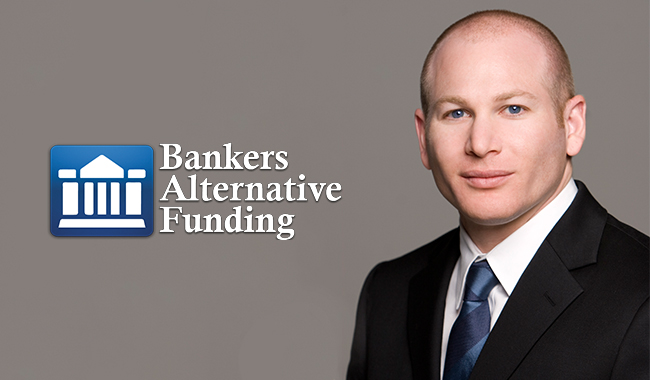 •He currently owns a real estate brokerage company with more than 130 agents, a law firm, and a title company.

•Evan is an active investor holding interests in several companies including a leading medical device distributor.